The Middle-Aged Job Hunt - A Lesson in Stupidity

The pool of friends my age searching for jobs gets larger and larger every day. I write resumes as a service to friends of mine who are unemployed and looking for work. Things have changed in the resume world, which I learned when I lost my job last year and started looking for work.

I am happy to report that I am employed, as well as at least three of my friends -- using the resume I wrote for them. Granted, they got the job based on their skill set and background, but I'd like to think I helped get them in the door.

Some tips for we 40ish and 50ish looking for jobs:

I was lucky - my boss and those I work most closely with in my job are in my age group or older. But that seems to be the exception and not the rule. Yes, there is a generation gap in most job hunts these days. But with open minds and a willingness to work together and recognize everyone's skill sets, that gap can be breached.
Posted by Anne McIlree Noble at 11:03 AM 1 comment:

Things Happen for a Reason

My last post was regarding my new job at my alma mater, Kalamazoo College. Well, after a month on the job, I can report things are going really well. I work with an intelligent, inspiring and wonderful group of people. I am not second-guessed about my writing -- not that I'm perfect, but these folks trust that I can write.
Two weeks into this job, my husband, Steve, lost his. Steve worked for a trade association that has steadily let go staff twice a year for the last three years. No, it's not a trade association for sinking cruise ships (think Titanic), though it should be.
He knew eventually his time would come -- and we (mainly Steve) were prepared for it. Yet, this job at K College couldn't have come at a better time. It's only part time, but it offers benefits. That's good, because we're about to lose Steve's.
And it still allows me to continue freelancing, which I am still doing
Steve's contemplating the next phase in his life and options are out there. Meanwhile, I have a less-stressed, healthier husband -- which is the biggest gift.
I think it's gonna be a good summer...

Posted by Anne McIlree Noble at 5:20 PM No comments: 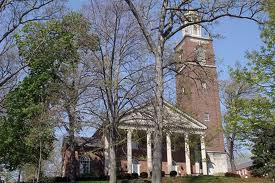 Just a short post, but I will be back to blog more on this and other topics. I was offered, and accepted, a communications job at my alma mater, Kalamazoo College. I am thrilled -- I loved being there as a student and am looking forward to my gig as an employee. I start April 18. Stay tuned!

Some of my favorite people...

Posted by Anne McIlree Noble at 10:43 AM No comments:

I have mixed emotions about the Internet. I have a Facebook account, which I justify by saying I use it to keep in touch with my nieces and nephews. That was the original intent, but I now have contact with old high school and college friends, family around the world, childhood friends and others. I have just more than 400 friends.

But seriously, are they all really my friends??

Yeah, yeah, I know - this has been brought up ad nauseam. Doesn't mean I still can't wonder about it and wonder where our online world is going.

This brings me to a broadcast of NPR's "On The Media" that I listened to today. Here's the link to the broadcast -- it's worth listening to: On The Media

The broadcast speaks for itself and gives both sides of the pro and con of the Internet/Facebook/Twitter/YouTube debate. I will weigh in with the fact it gives me pause as to what I want to share with the world and if it's worth it. Yet, I do like it as I can freely snoop on what my "friends" are doing. That's the nosy reporter part of me.

Then there are websites/blogs that I feel promote what the Internet should be about. The link I am about to post is for the blog of a fellow writer here in Michigan. I do not personally know her -- however she is a member of a writer/editor website I subscribe to. She is going through her second battle with breast cancer and is blogging about it. Amy Rauch Neilson unfortunately carries that nasty breast cancer gene -- three women in her family have battled it.

Her blog, It's In The Genes, is informative, touching, blunt, poignant and tough. And well worth reading. This is what I think the Internet is all about. Do yourself a favor and read her blog.
Posted by Anne McIlree Noble at 10:35 AM No comments:

Going Back To What I Know

It's been a year since I was "downsized" from Consumers Energy and it's been an interesting year at that. I didn't expect to lose my job, nor did I expect to go back to what is my first love and what I did for a living upon graduation from college -- newspaper reporting and writing.
I was a newspaper reporter for 12 years. I worked for two mid-sized dailies -- one in my hometown of Oshkosh, Wisconsin, and the other in Battle Creek, Michigan. The Battle Creek paper sent me to USA Today for six months as a loaned employee. I've also written for the Chicago Tribune.
I left all that in 1993 to work in the trade press, and in 1999 I moved to the dark side and was a writer in Corporate America. In the corporate world, you can write what you want, so long as it toes the company line. Stories I wrote for company publications had made-up quotes -- heck, sometimes there wasn't even an interview!
Fast forward to 2011 and I answer an ad for my local paper for freelance writers. I start getting calls and ironically start writing for a woman I knew well at the Battle Creek paper. Assignments start coming in. Deadlines loomed.
My first interview was with a University of Michigan professor who, along with his wife, built a straw bale house in the area. The interview and tour of his home went very well. I was armed with my reporter's notebook, pen and a gadget I never used when I was a newspaper reporter -- a digital voice recorder.
I'm happy to report I survived the assignment, albeit fretting that I had quotes and other information right. I couldn't just put words in this man's mouth, whether he said them or not. That's a hard habit to break. But I'm glad I broke it.
What I was assured by a writer friend is it's like riding a bike -- you don't forget how to do it. My wise friend was right. I'm pedaling -- maybe not as fast as I'd like to go, but I'm getting there! Have a look and see what you think.

So...all excited, I start this blog in October. Then I chicken out and don't post anything...much to the chagrin of my younger brother, Andrew, also a writer.
Why did I do that, you ask? Well, I started my career as a journalist -- mainly because I was better at asking other people questions and writing about them than I was writing about myself. Family trait -- we're not big on revealing ourselves.
Add to it I was actively pursuing full time employment and figured I didn't need my thoughts out in the blogosphere.
What the heck -- I'm a 50-year-old experienced writer and editor who has been turned down multiple times in the last year, partly I think, because I am a 50-year-old experienced writer. Youth does have its advantages.
Again, join me in my journey -- I am now a self-employed writer and taking on new clients every day.This blog will chronicle that journey and whatever else pops up to the top of my brain!
Posted by Anne McIlree Noble at 4:16 PM No comments: