It's not always a mistake...

I have to admit, I checked the spelling of "defence" as it is used in the story below from USA Today. And...they are correct. This is the way the British spell "defence" when referring to this governmental department.

That said, I'm amazed the reporter who wrote the story, and the copy editor (if there is still such a thing) who looked at it, used the correct British spelling. Normally today's news media doesn't really care. Bad spelling and mistake are the norm. Take the following two examples - one from my current local paper and the other from my hometown paper and first employer. 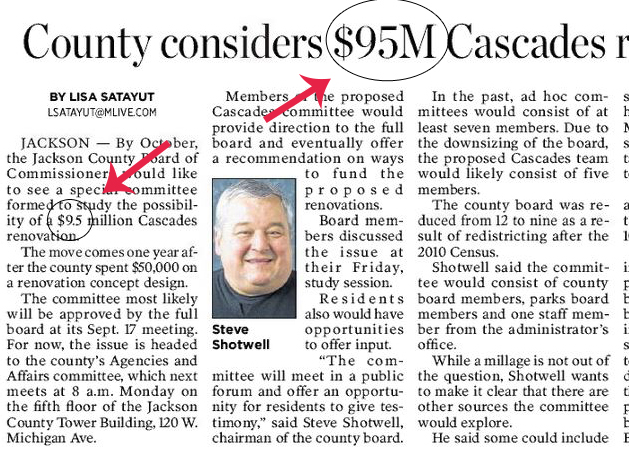 Based on the headline above, there were many citizens who said "What?????" when seeing it. $95 million? Really? Then after reading the lead, they don't know what to expect.

As for the story below...wow, two spelling errors in one sentence! Maybe they'll give a Pulitzer Prize for this. Might as well -- it's unfortunately becoming the norm. 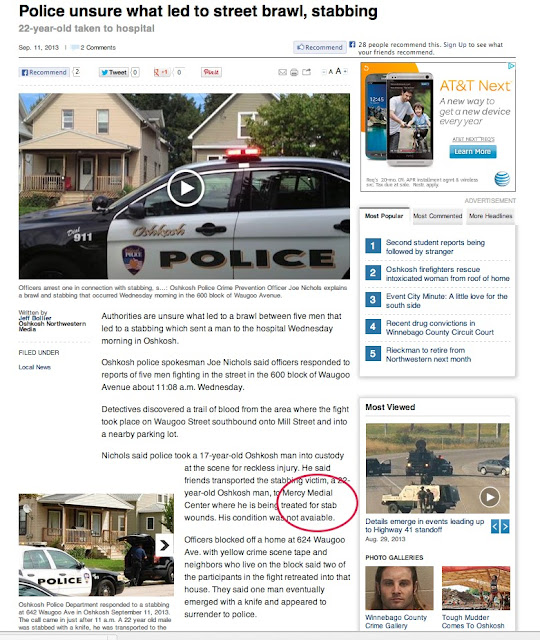 Posted by Anne McIlree Noble at 10:27 AM No comments:

Throughout my career as a journalist, I was repeatedly told by my editors that no one would take my writing seriously if there were spelling and grammar errors in my stories. I took that with a grain of salt -- I've never really had any problem with spelling or grammar, and I naively thought others were the same way.

And, back then there were very few, if any, spelling or grammar errors in newspapers, magazines, books or other written media. With the advent of the Internet, e-mail, texting and smart phones, that has all changed.

Okay, I understand that. I don't understand, however, the mistakes I see in the printed media. There are blatantly misspelled words and phrases -- and it comes from some pretty seasoned writers who should know better.

Now I understand where my editors were coming from. I see these mistakes and I immediately think "Okay, what else is wrong?" Years ago, I would laugh if I saw something like that in a newspaper and wonder what reporter and copy editor got chewed on. It happened infrequently. Now I lose confidence in the accuracy of what I am reading.

I can't leave without posting a few of my bad grammar/spelling finds below. The first is from my other obsession -- pandas. I love pandas. Quite honestly, it's the first time I've seen something like that on the National Zoo website (home of a new baby panda cub): 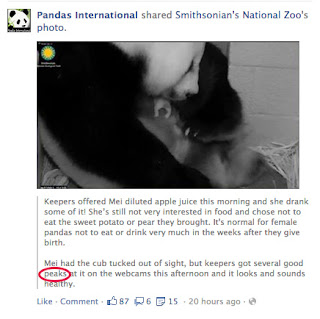 As for the next one, the error takes away from the seriousness of the message:

And, I just couldn't resist this:

Posted by Anne McIlree Noble at 8:08 PM No comments: